Greetings Iskra explorers! As 2022 comes to a close, we want to give an update on what we set out to do in Q4: 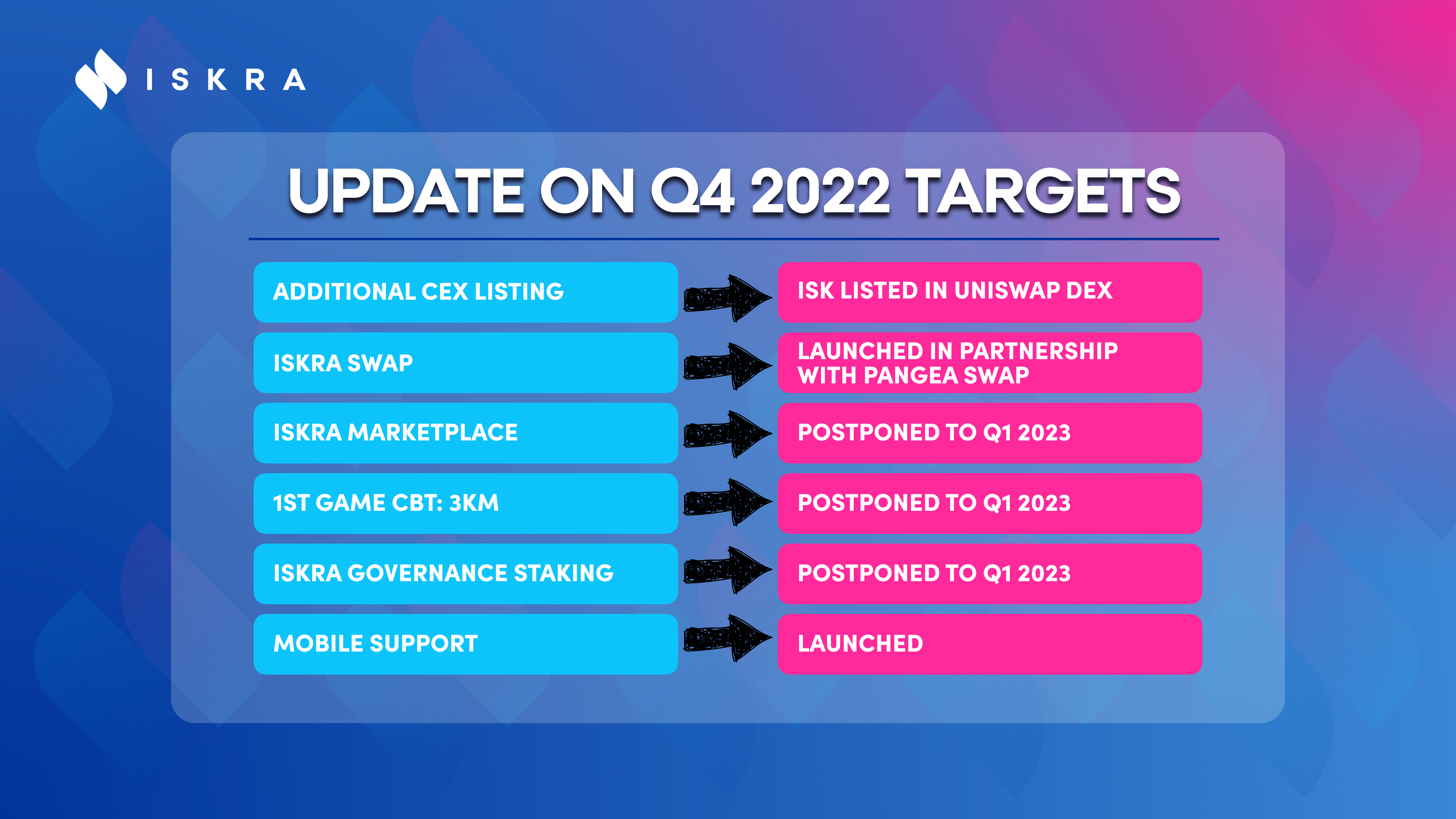 2022 for the industry overall has been unpredictable and volatile, which impacted some of the launch targets, and called for adapting to the changes in the market.  Some key notes:

For now, we are looking at the following Q1 2023 items in progress: 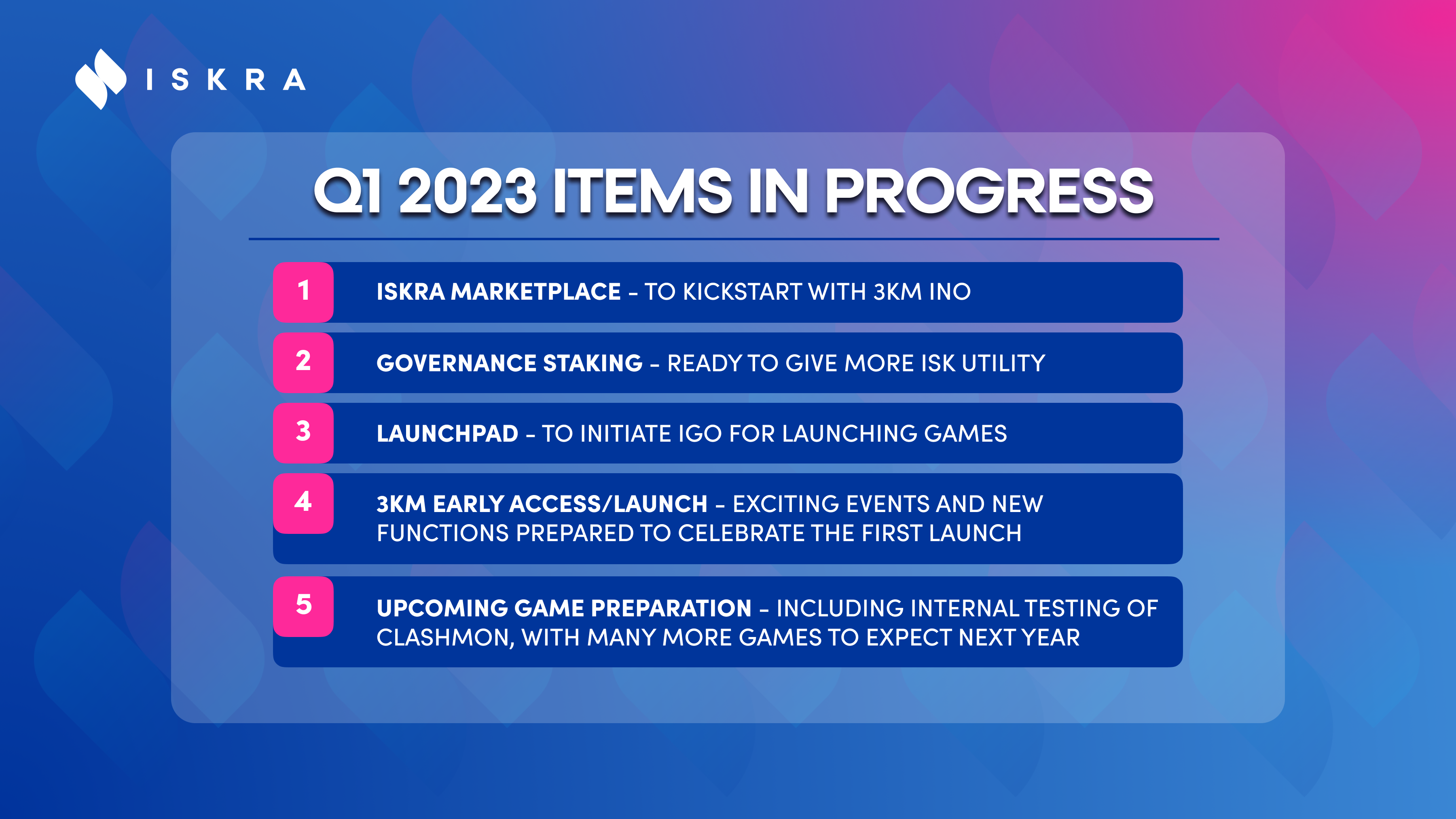 Moving forward, the community can expect the following planning announcements and update schedule for 2023.

As always we appreciate your support and patience as we try to focus on building our platform.

Happy holidays and we look forward to delivering new services, products, and games in 2023!

Iskra offers a premier destination for players and game developers to explore the thrill and opportunity of Web3 gaming alongside a vibrant community.

As part of its mission, Iskra aims to mold a Web3 future by creating a forward-thinking dedicated home for Web3 gaming and giving every user a stake in the company’s success. It is committed to becoming a leading platform for blockchain gaming.