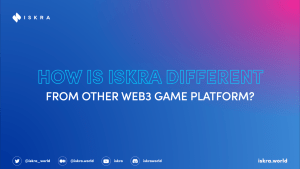 There are many  gaming platforms being developed  for players to play and earn, to enjoy the thrill and opportunities from games on the f blockchain,. Several ecosystems like Iskra and Gala developed ecosystems that revolve around the operation of network nodes. 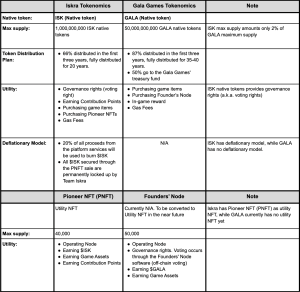 Iskra Tokenomics and Gala Games Tokenomics have different features. Notably, Iskra has a Community Reward profit-sharing program to reward participating members and a deflationary model to prevent hyperinflation, which are features Gala doesn’t have. Iskra’s ISK max supply amounts only 2% of GALA max supply, scarcer than GALA, so ISK’s value per token should be higher (more concentrated).